​​​​YAGNAs are conducted to achieve specific benefits - good health, prosperity, pleasant conjugal relationship and so on. When these benefits accrue, the individual realizes their transitory nature and then seeks the true wealth - consummation with the Almighty. Properly performed, yajnas result in satiation of sense pleasures. They also help the beneficiary to realize the transient nature of sense pleasures, thus preparing him to evolve spiritually and seek lasting joy which is his birthright. Then he is ready to elevate himself to a plane of existence when the only longing that remains is to subsume the jeevatma (the divine within) into brahman (the Ultimate Reality) and lose individual identity  by conjoining the brahman, never to be born again, never be involved in karma (action) and its consequences but remain in a state of everlasting bliss.

Significance of Yajnas: The Hindu scriptures say that the physical body is living on borrowed time, borrowed from the five elements of space, air, fire, water, and earth. When this debt is fully settled, air mixes with air, fire with fire an so forth, and the five elements return to their abodes. Being caught up in the cycle of samsara of births and deaths is real sorrow. Breaking the cycle and getting liberated from it is everlasting bliss. The rest is illusion. Knowing of the soul or self-realization is the supreme among all sciences. Every yajnam has a great unseen influence on all living things, for these mantras are potent shabdas (sounds) charged with subtle mysteries. The benefits are manifold: peace, prosperity, happiness, good health and longevity, progeny, courage, enthusiasm, spiritual cultivation and so on. Energy alone is eternal and the Yajnas are an eternal science. The ancient sages of India had precise knowledge of transferability   of mass and energy. Sage Agastya composed Sakti Tantra (Treatise on Energy) consisting of eight chapters on the Sun, Moon, Air, Fire, Water, etc. Briefly, the method of energy conversion is: Construct a fire altar cubicle, the details of which are explained in Sata Patha Brahmana. By burning specific organic substances, an atmosphere of peace is created which helps remove stress and tension. When ghee (clarified butter) is offered in the fire with appropriate mantras (ultra sound), energy will be released at lightning speed into the universe. When a farmer sows a bagful of grains, he does not waste it. In fact, he reaps many a bag of grains in return. Likewise, the notion that offering ghee, sandalwood and grains at the fire altar is a waste of materials is incorrect. The output of a Yajnam cannot be measured in conventional terms. Yajnas cleanse the consciousness and turn our attention to spiritual development and self-realization.

If they can do the donation:
Distribute food to the needy or give to a shelter.
Feed the birds with birdseed.
Distribute candy to children. 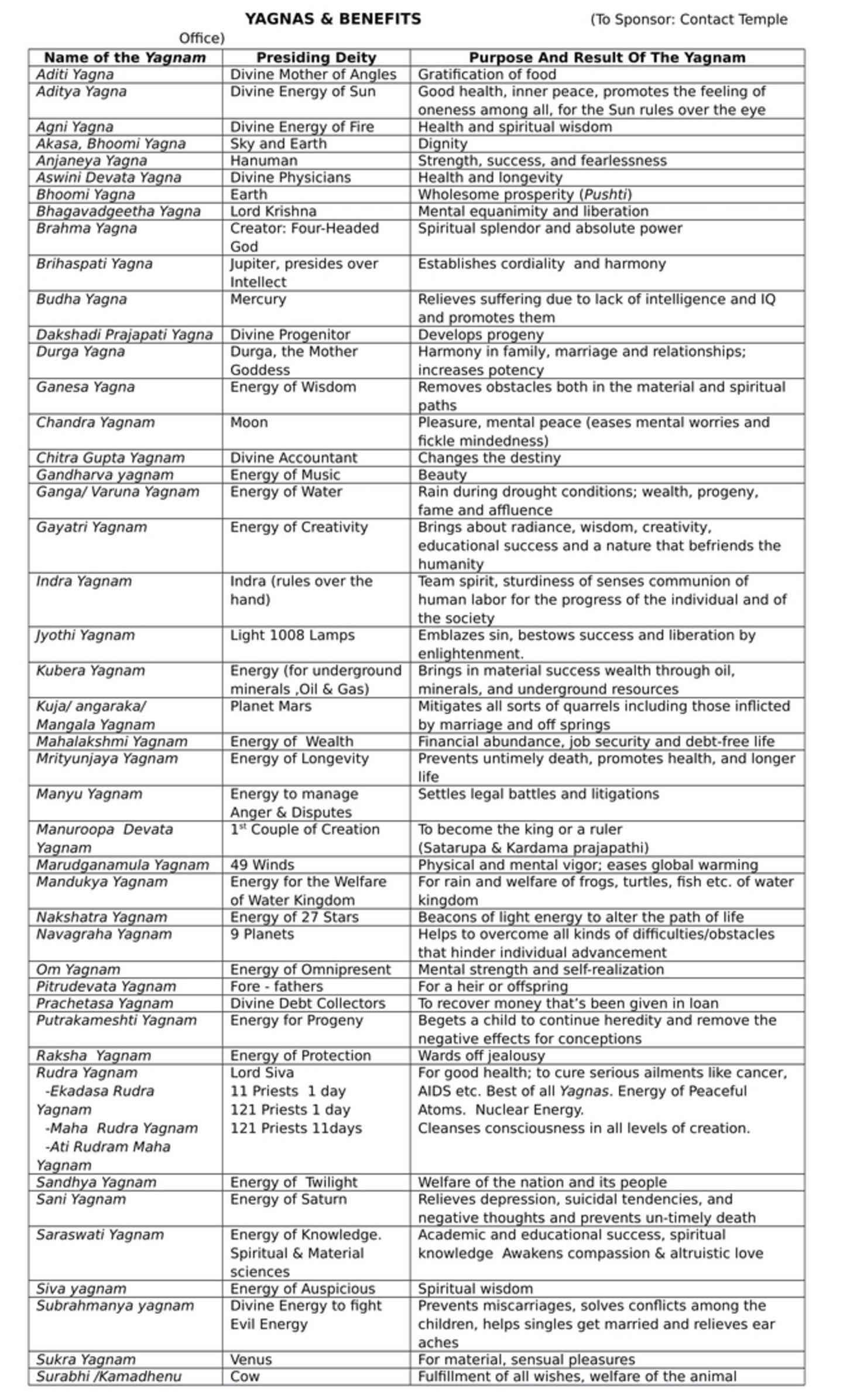